The new impulses that the symposium had received from the experiments with the tapping symphonies and the newly created park were so strong that even more extreme conditions were sought. A major new aspect was the time of year. For the first time a symposium was held in the coldest period of the year, in February. The idea of the symposium with manual work on sheet material was present again. In this new attempt, the "de-individualization" should be implemented to an even greater extent. That is why the basic requirements have been sharpened. The dimensions of the stone slabs were set at a uniform 180x180x25 cm and prepared. There were no further conditions for the processing, but the dimension alone reveals a formal connection here. The conditions were extreme. During this time, temperatures dropped to as low as 20 ° C. They rarely came to freezing during the day. The result was a serial work that, despite the individual approach, can be recognized as collaborative work. The individual demands of the individuals have not simply disappeared, but play an essential role here in the details. They show the diversity of design possibilities in relation to a whole in a very multifaceted way. As a satisfaction from a successful experiment, this remarkable work represents the preliminary final result of the series of tapping symphonies. 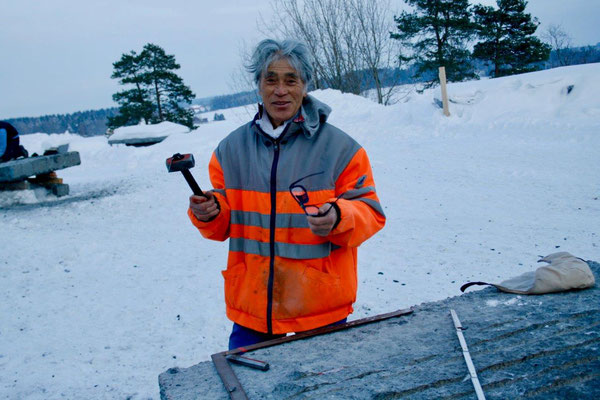 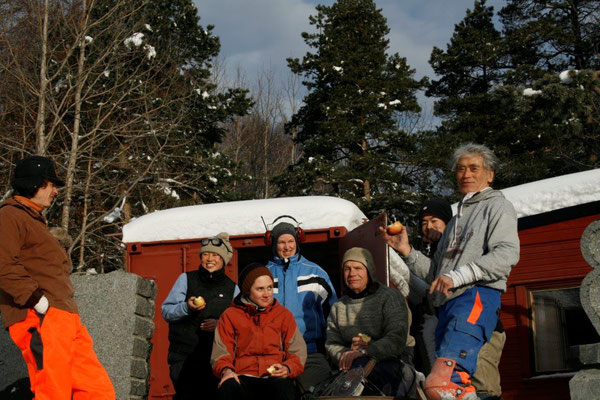 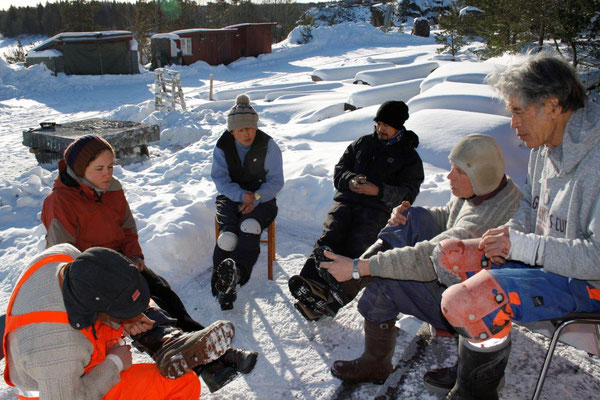 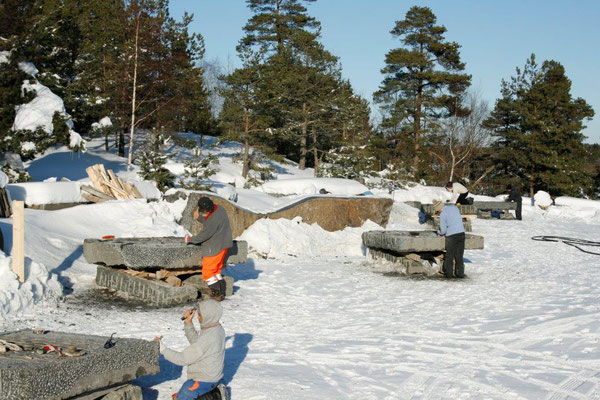 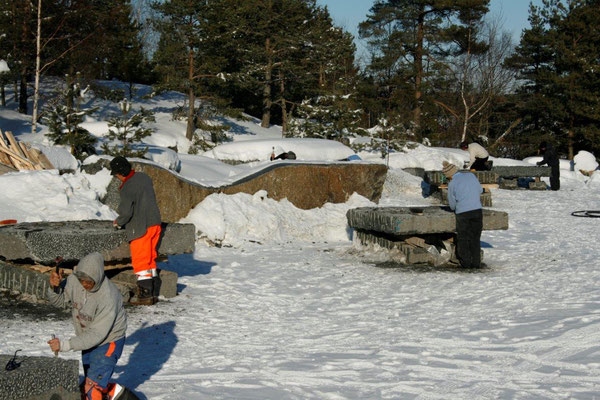 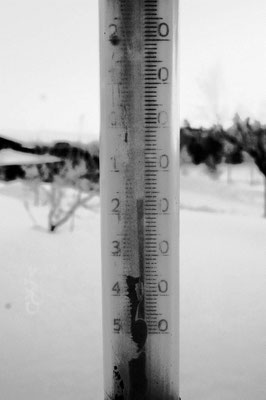 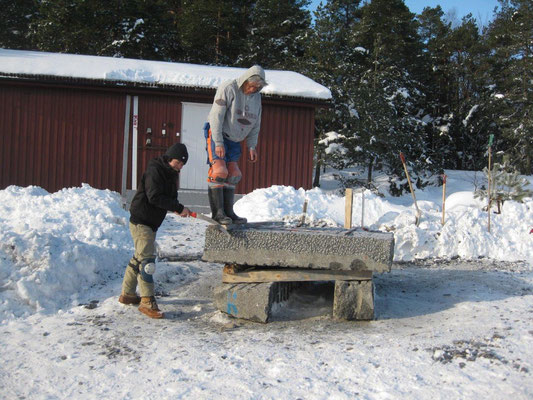 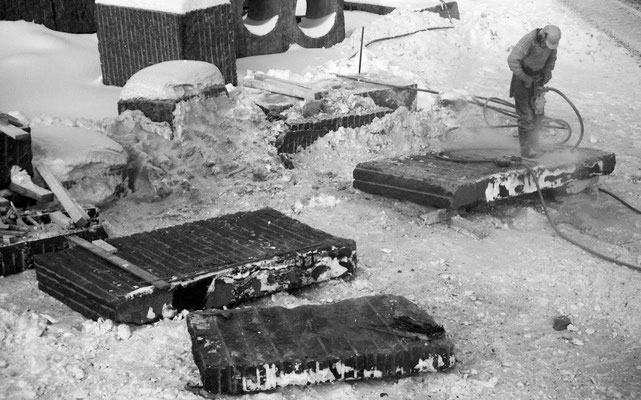 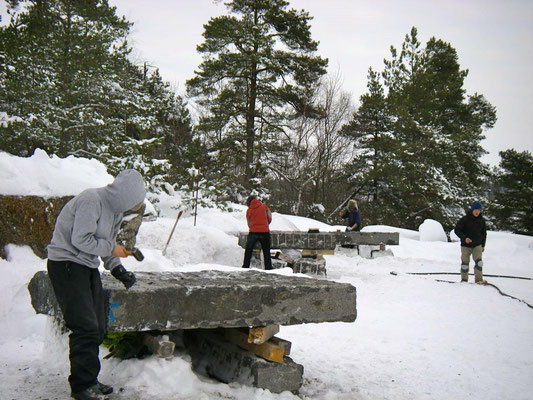 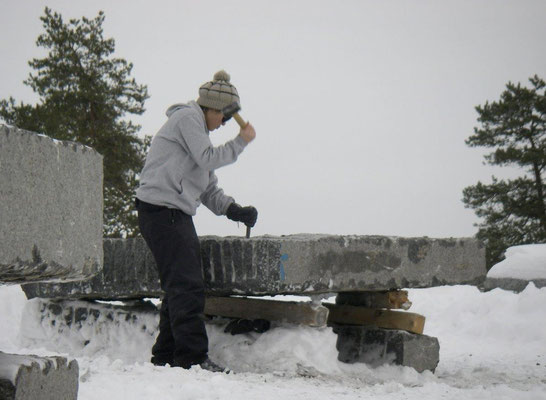 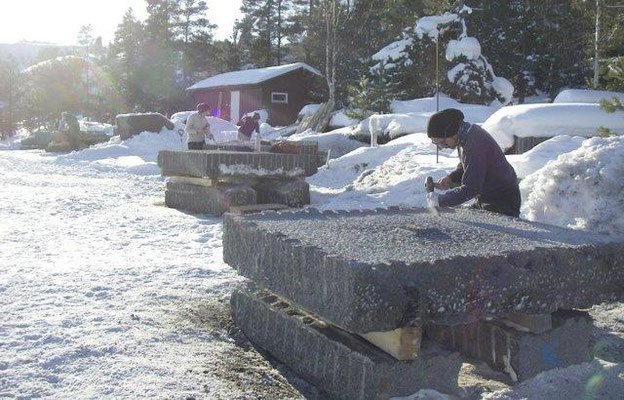 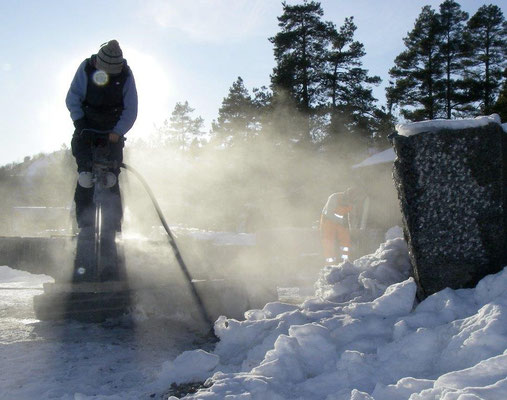