In the summer of 2007, the “plate idea” was deepened and expanded to include another component: handwork. The use of machine tools should be completely avoided. Hammer and chisel were the tools of choice. The 2007 symposium, which was held again as the first official symposium after 2004, was therefore novel in many ways. The number of participants was relatively high at 12. The work phase, which only extended over the three weeks of the quarry's vacation time, was relatively short. It should be ensured in this way that the calm and contemplation, which lies in the manual processing of the stone slabs, is not disturbed by the background noise of the heavy quarry machines. Working on the stone slabs with a hammer and chisel in the otherwise quiet environment has given this form of symposium the new name "Knock Symphony". The sound, a group of stones that are only worked with hammer and chisel, is not subject to any composition, but the resulting sound space can definitely be experienced as a musical event.

This first year of the so-called “knock symphony” did not have the creative idea of working together as a basis. The work developed in very individual directions due to the lack of specific and, above all, non-mandatory requirements. Apart from a similar basic format, the stone slab, which, however, could have a wide variety of dimensions, was not formally related. Completely different than on the artistic level, a very strong, well-functioning private group dynamic developed among the many participants. 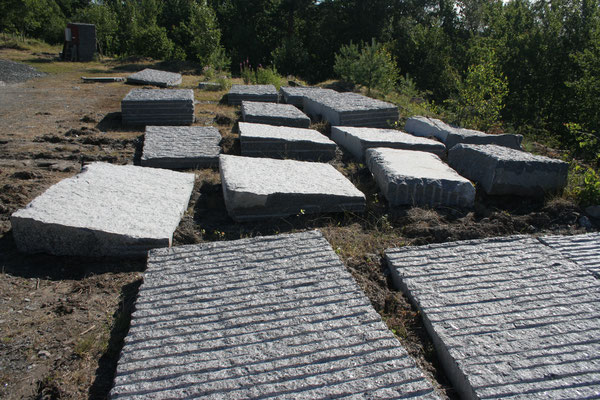 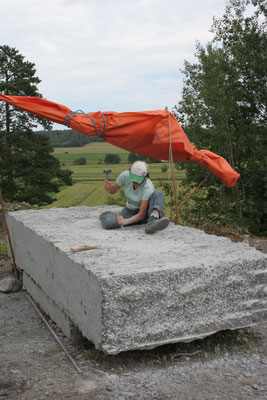 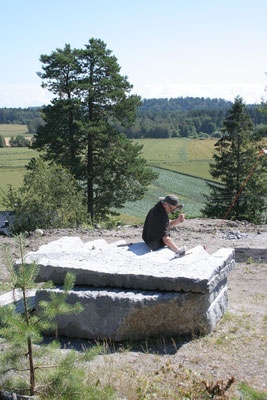 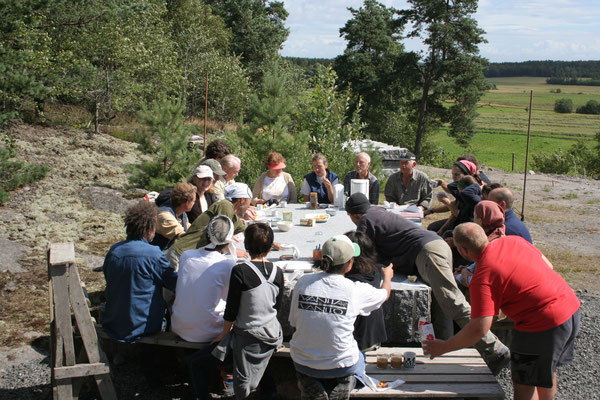 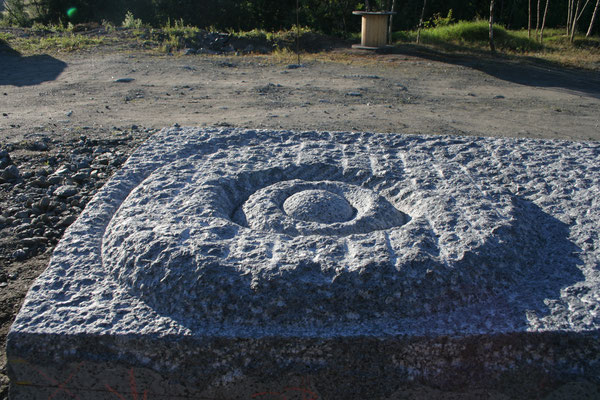 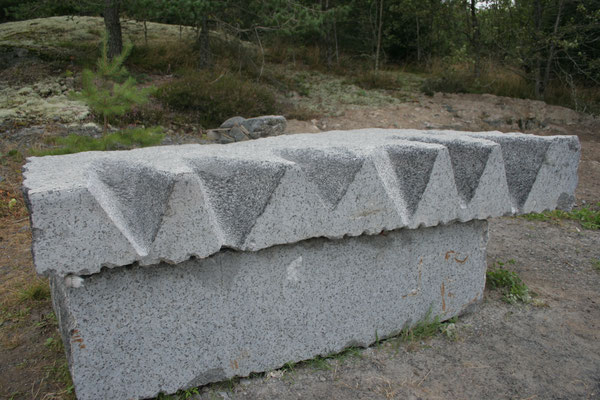 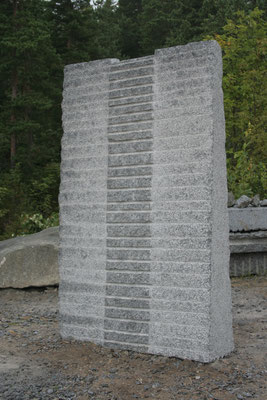 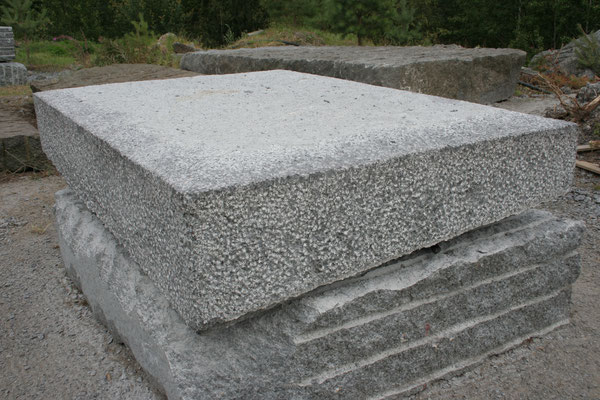 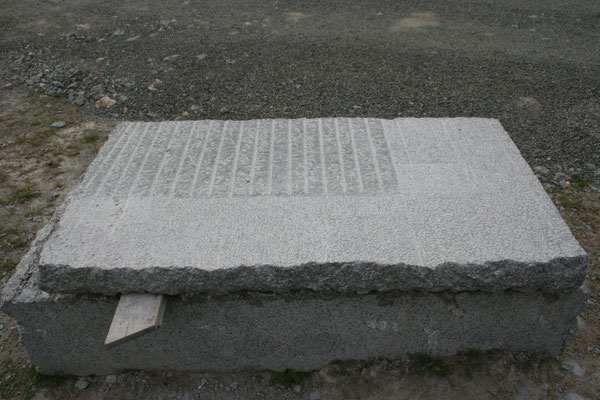 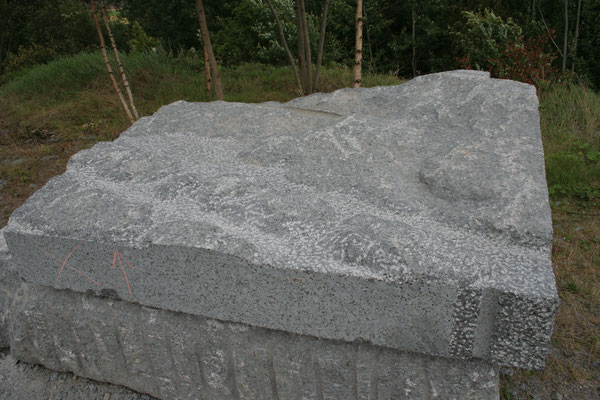 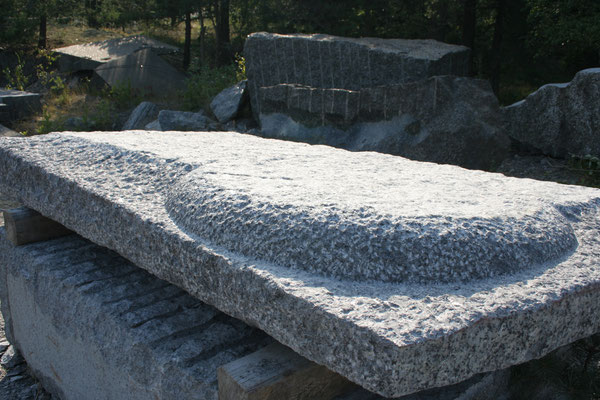 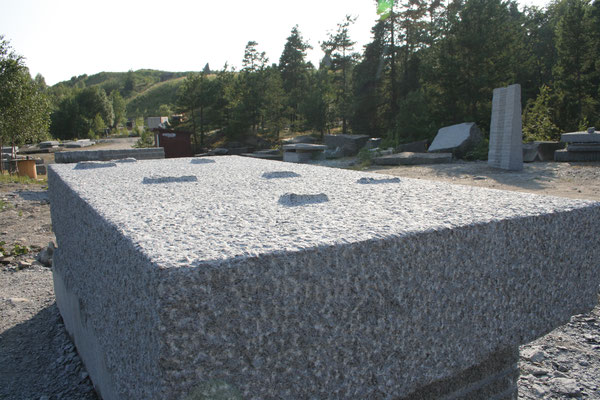 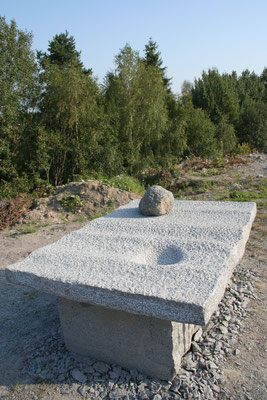 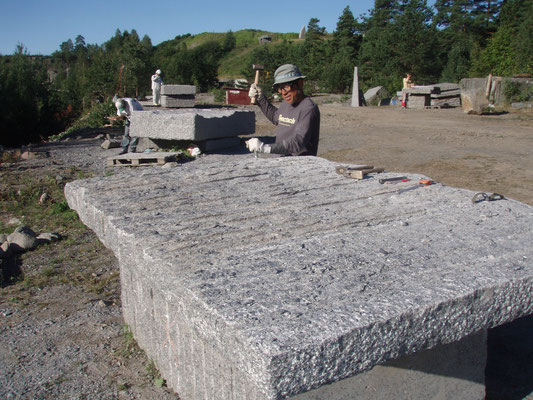 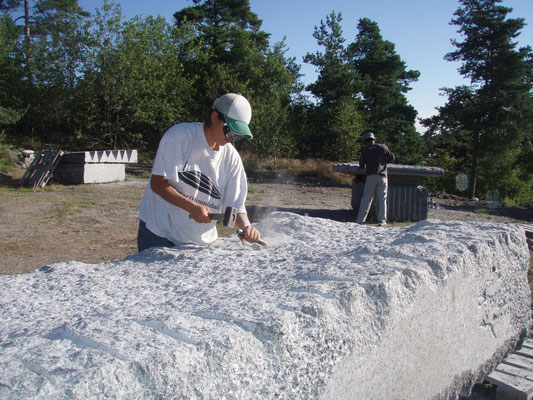 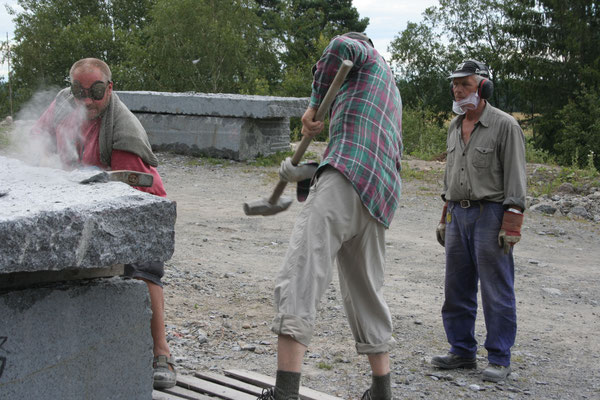 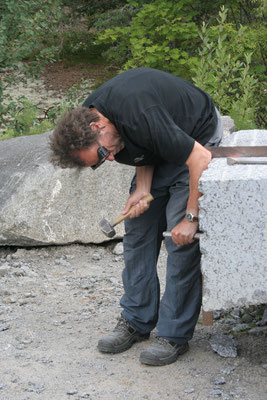 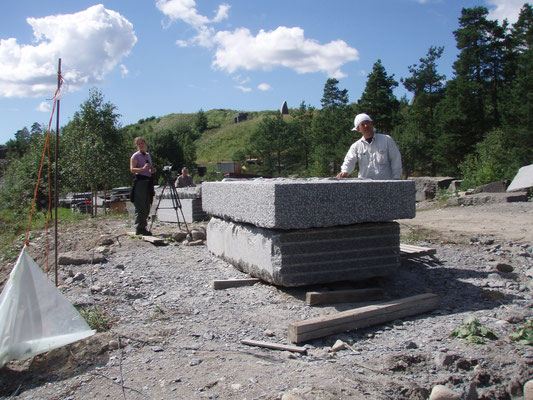 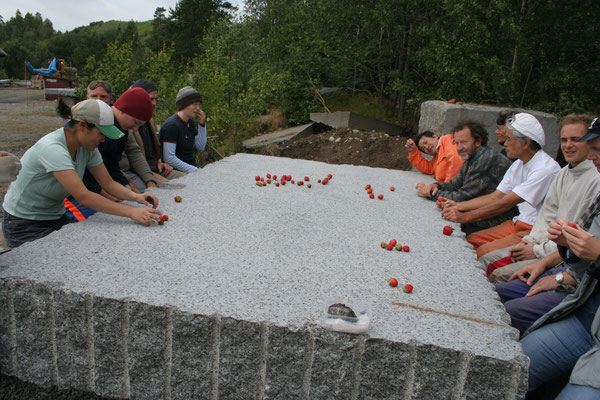